Author: Jenny Davidson
Pages: 272
Published: 11/23/10, HarperTeen
Genre: Historical fiction/Mystery
Cover Score: B
Overall Grade: B
15 year old Sophie knows that there is more to the story of her parents' death than what she has been told.
Now that she is living in Denmark (safely away from the secrets of her life in Scotland), Sophie is on a mission
to uncover what really happened. On her side is Mikael, her best friend who has turned into something more.
Along the way, Sophie will realize that the only person who can help her is her parents' former employer: Alfred Nobel,
the billionaire, reclusive scientist. However, Sophie quickly learns that nothing--and no one--in her life is what it seems.
And coming to terms with dark secrets means imagining a truth that she never dreamed possible.
My thoughts: Invisible Things was shorter, quicker, and easier to read than its predecessor, The Explosionist. A mere 272 pages compared to 400-something, I felt that Invisible Things covered more material and was easier to understand.
The mystery aspect was more apparent: Sophie wanted to uncover what really happened to her parents in the mysterious factory explosion that they died in. This, combined with a string of events involving the possibility of war add to suspense, danger, and adventure in the plot. I loved the developments in the lives of the characters, like how Mikael and Sophie's relationship flourished, and the introduction of Albert Nobel.
However, it is hard to follow along in the book, difficult to figure out what is going on, and confusing to understand where the plot is going.
Once again, I felt that the mystery sort of fizzled out in the end of the information-packed story. There seemed to be a lot of leadup and suspense for a rather disappointing ending. I felt like there was still so much left to cover!
Even though the ending of Invisible Things left me unsatisfied, the actual body 0f the story was written beautiful and in great detail. The setting was absolutely amazing, and I felt transported to a different time. Definitely give this one a try, but wait until it comes to your public library.
Posted by Bookworm at 8:56 PM 1 comment:

Author: Jenny Davidson
Pages: 448
Published: HarperTeen, 2008
Genre: Historical fiction/Mystery
Cover Score: A
Overall Grade: B
15-year-old Sophie lives in a dangerous time on the brink of war; full of terrorism, dark secrets, politics, and betrayal. A bomb that goes off near Sophie's school sets off a chain of mysteries, including a dark prophecy made by a psychic medium that is murdered shortly after. Does the medium know anything about the bombings? Is Sophie's handsome chemistry teacher (who is very knowledgable about dynamite) involved? Sophie and her friend Mikael need to get to the bottom of the mysteries, in order to save themselves--as well as the rest of Europe.
My thoughts: The Explosionist is a heavy book. Not only is it a long book, but it is also dense. Ms. Davidson has packed tons of information in here, which creates a complicated plot that can be confusing to the reader from time to time.
However, The Explosionist was extremely well-written. Ms. Davidson clearly put in a lot of research to perfect the historical details of her book, and it paid off. As I flipped through the pages, I felt like I was submerged in Sophie's 1930's-Scotland. Every action and character came to life in my head.
I loved how Ms. Davidson created an alternate-universe Scotland brimming with complex politics, the possibility of war, betrayal, technology, and psychic happenings.
I just felt like there was too much going on: the bomb going off over near Sophie's school, the romance aspect, the murder of the psychic, Sophie's connection with the spirit world, the possibility of war, a school that brainwashes girls...I felt like a lot of this material went uncovered in the end, adding to my unclear confusion. After the long lead-up and the murder and explosions, the mystery aspect of the book kind of faded away.
Nonetheless, I look forward reading the sequel in hopes of clarification and more heart-pounding adventure.
Posted by Bookworm at 1:17 PM 2 comments:

I Completely Forgot About...

Bookworm Readers' 3RD BIRTHDAY! I started this blog 3 years ago (on October 12th, 2007) with the hopes of reading and reviewing books for publishers. I just wanted to take the time to thank all of my wonderful, lovable readers and supporters. Blogging wouldn't be half as fun without you! :)
Expect a fun birthday contest coming soon! 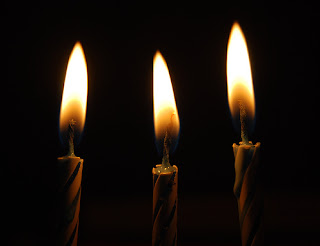 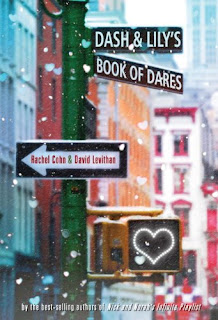 This week in the mail Random House sent me a copy of Dash and Lily's Book of Dares by Rachel Cohn and David Levithan. It looks like an adorable winter read--look for my review coming soon!
Thank you Random House!
Posted by Bookworm at 11:55 AM 5 comments:

Author: Derek Blasberg
Pages: 230
Published: Razorbill, 2o10
Genre: Nonfiction/How-to
Cover Score: A
Overall Grade: A
Nowadays, it's hard to find a classy young lady. Thanks to the negative influence of the media, girls are famous for the wrong reasons--drinking and partying and having no manners whatsoever. Derek Blasberg is here to help girls clean up their act--staying cleaner and acting and dressing better (ie not wearing rhinestone-studded dresses and breaking up via text message). Whether they need help setting a table for a dinner party, or encouragement to keep their tops on at parties, Mr. Blasberg has made it his mission to help girls be ladies, and not tramps.
My thoughts: Every girl needs to own a copy of Classy. It's funny, it's honest, and it's packed chock-full with great advice (how to set a proper table, what to wear to a party, how to go about a break up, how to avoid temptation, what books and movies to know). I adored every page!
Mr. Blasberg certainly knows his stuff (he should, after working for top fashion mags like Vogue and W)--and injects his sassy, witty knowledge into each segment. The book was nicely organized so that it was easy to read, and all of the cute graphics and hilarious visuals made a nice supplement. The book was made of a collection of different articles, which were helpful, but still managed to stay positive, light, and easy to read. 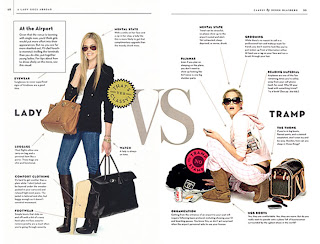 Mr. Blasberg put a clever, modern twist on a classic etiquette book, and made the story clever, fashionable, and au courant. The book was divided into 8 sections: "A Lady Gets Dressed" (fashion and presentation), "A Lady Receives an Invitation" (proper dress/etiquette at a party), "A Lady Throws a Party" (how to throw a successful fete), "A Lady Goes Abroad" (travel tips), "A Lady Makes Friends" (how to make and keep friends), "A Lady Looks for Love" (the dos and don'ts of relationships), "A Lady Faces Temptation" (how to stay clean and classy), and "A Lady Is Always Learning" (book/movie recommendations).
Whether you're looking for fashion tips, party themes, or how to tell which guy is good, bad, or gay; Classy is the ideal read for the put-together, fashionable young lady (or one who needs desperate help).
Posted by Bookworm at 5:54 PM 1 comment:

Author: Sarah Beth Durst
Pages: 310
Published: McElderry Books, 2010
Genre: Fantasy
Cover Score: A
Overall Grade: A
High school junior Lily Carter has college on the mind: she's dying to go to Princeton University, just like her grandfather did. So when the opportunity arises to accompany him to his 50th reunion, she jumps at the chance. However, she wasn't expecting to take the top secret Legacy Test...something that will grant her automatic admission to Princeton if passes. But this is no ordinary test: as she searches for the elusive "Ivy Key", Lily uncovers dark secrets, including a magic gate that leads to an alternate, magical Princeton--a gate that only she can open. War is rising between the magic and non-magic worlds with her family in the center of the conflict, and it is up to Lily to face all the (cute) were-tigers, taking gargoyles, dragons, unicorns, and other magical creatures and bring peace to both worlds--but who can she trust? Getting into college has gotten more complicated than she's expected...
My thoughts: I cannot stress how much I adored Sarah Beth Durst's latest novel. Enchanted Ivy was totally unlike any fantasy I've ever read before. I'm usually not the biggest fan of fantasy, but fantasy lovers and those who prefer different genres will both love this story. Ms. Durst made the plot interesting, fast-paced, addictive, and totally unique. Once again, Ms. Durst's creativity amazed me. I loved how she combined magic and Princeton--the result was unlike anything I've ever read before. Ms. Durst painted a wonderful picture of the campus and of every event, so that I felt like I had been sucked into the story myself and could picture all of the well-developed and likeable characters in my head.
The novel was the perfect length for me, and even though some of the details of the book (who's on which side of the magical battle) got a bit confusing, I never wanted it to end. The twists and turns had me madly flipping pages, and there were perfect amounts of humor and romance to balance out all of the fantasy.
I cannot recommend this book enough! Go buy a copy to experience the magic yourself!
Posted by Bookworm at 8:18 PM No comments: